One of the most incredible aspects of Native American art is the variety in its different modes of expression. There truly is something for everyone who is interested in a one-of-a-kind craft. From stunning jewelry and ornate pottery, to traditional wood carvings, refined drawings, and everything in between—each diverse and inspired piece will add something unique to your collection!

The different mediums of Native American art have their own individual and illustrious histories that tell a special story. Read on for some of the most fascinating highlights from those stories of a few of the most common types of American Indian art that continue to flourish today! 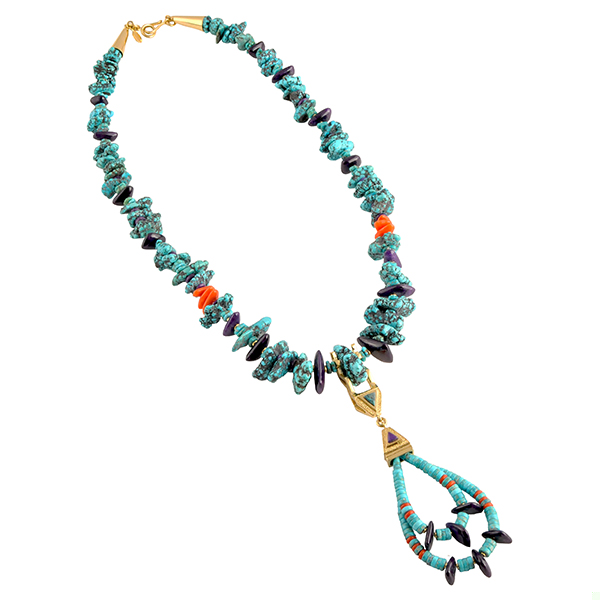 Perhaps one of the most popular styles of American Indian art, jewelry making has a long history in indigenous culture. As early as 12,000 years ago, Paleo-Indians were using the natural resources available to them to create extraordinary pieces of jewelry.

American tribes followed this custom, designing jewelry out of animal and fish bones. They artfully embellished each piece with unique shells, stones, and precious materials like coral and turquoise strung together as beads.

Jewelry served multiple functions in traditional Native American culture. It was, of course, used for decoration and worn for aesthetic purposes as belts, necklaces, rings, beading in clothing, etc. But beyond acting as simple accessories, many components of historical jewelry were woven into breastplates and headdresses for spiritual ceremony. Or, they were used to signify status in everyday society.

One of the most significant roles of Native American jewelry was as a good in the trade economy. Indigenous peoples would use finished pieces and various components—such as beads and pendants—as currency in the colonial market. 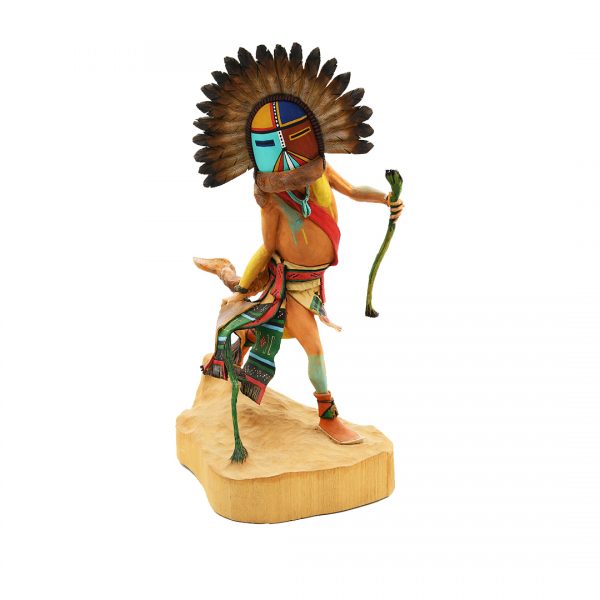 Sculpture is a medium that encompasses many different types of pieces in American Indian art. Various forms of sculpture have evolved and been produced by indigenous peoples over time.

Some of the more traditional arts include dolls and figurines—fetishes, kachina dolls, pueblo storytellers—totems, wood carvings, and more. Intricate pottery, statues, and glass sculptures are among the modern pieces that have developed.

Like most Native American art, early sculptures were often inspired by religion. One of the most prominent examples is the Zuni fetish. Fetishes are carvings and sculptures of animals that are believed to have supernatural qualities. Each mold is treated as a powerful life form that embodies the spirit of the creature from which it borrows its likeness.

Traditional wooden masks are another type of sculpture with a spiritual role in American Indian culture, often used for ceremonial dancing and storytelling. Additionally, Native Americans sculpted and erected totem poles to celebrate and honor their familial and tribal heritage and ancestry.

Of all the popular American Indian art mediums, painting is one of the most contemporary. Historically, paintings primarily had a decorative role and appeared on functional, everyday Native American items. 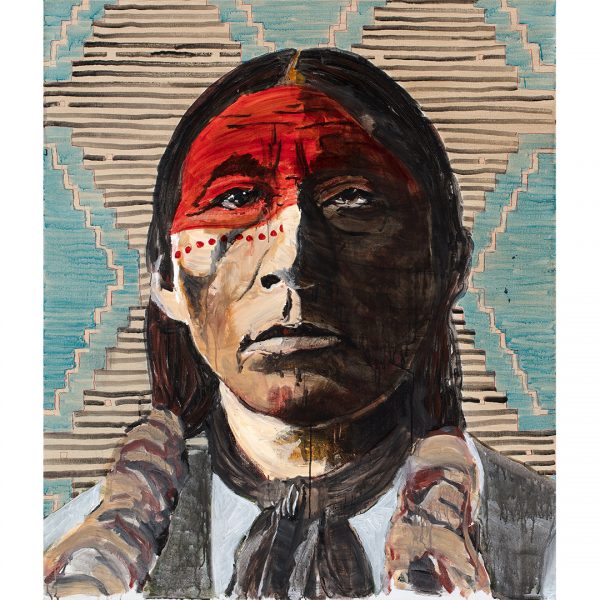 This is not to say these compositions weren’t meaningful, they simply weren’t as pervasive in society. Many modern Native American artists have adapted Western painting styles and techniques to depict their respective cultures, experiences, and histories.

Classic American Indian paintings were infused with as much symbolism as other traditional mediums, despite not being as widely used. Historical cave paintings, for example, were characterizations of routine indigenous life, sacred rituals, and revered animals within the culture and surrounding location.

Experience the unique power of the different mediums of American Indian art at the Faust Gallery in Scottsdale and Santa Fe! We house, exhibit, and sell a wide selection of indigenous art that features all of the most popular and revered categories. Browse our pieces online or stop in for a visit to survey the spectacular pieces and mediums that make up our collection!