The importance of nature in Native American culture is a widely noted fact throughout history that continues to reign true to present-day. The natural world permeates all aspects of American Indian life—religion, daily rituals, mythology, writings, food, medicine, art, and so much more. Their way of life goes hand in hand with the land and environment.

Once you understand the crucial role that nature plays in Native American culture, it’s easy to understand how and why it has become so prominent in all forms of art they create. We’ve put together a brief but comprehensive overview about how nature shapes and defines the world of indigenous peoples.

Having this knowledge is an insightful and effective way to dive into—and fully appreciate—the unique and fascinating world of Native American art. 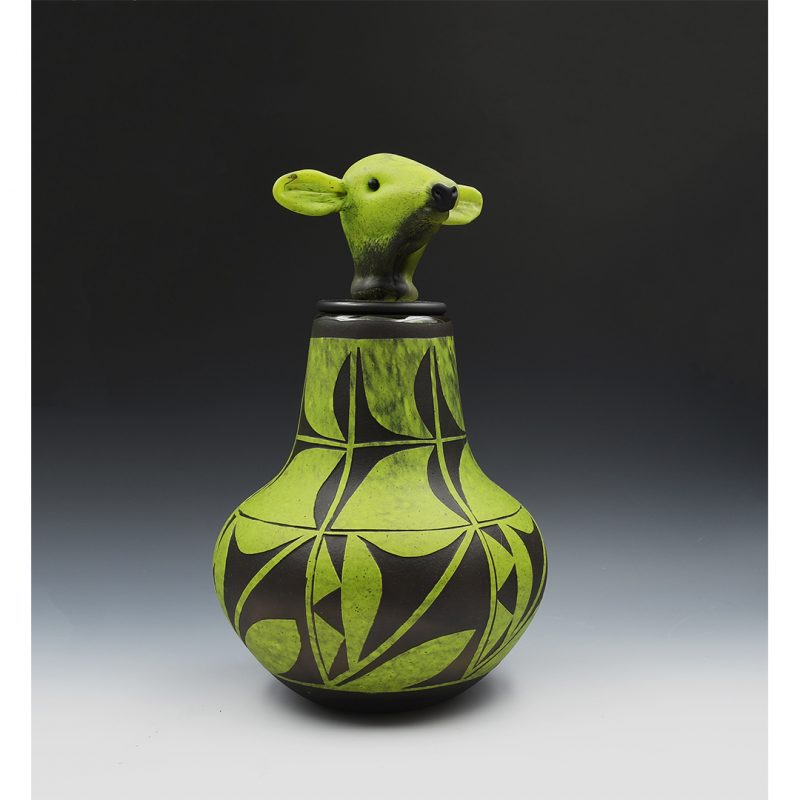 American Indian culture respects nature above all else. The concept is significantly intertwined with the society’s beliefs regarding spirituality, both of which act as vital defining aspects of their understanding and way of life.

Native Americans operate under the conviction that all objects and elements of the earth—both living and nonliving—have an individual spirit that is part of the greater soul of the universe. This principle adheres to a religion called Animism, which is categorized by the belief in and worship of this overarching spirituality.

Theories of Animism extend to all living and natural objects, as well as nonliving phenomena. This would include humans, plants, and animals, as well as elements and geographic features like a river, mountain, or thunderstorm. Native American culture is fiercely devoted to respecting and honoring the spirit of the land and everything with which it provides them.

There was no science in the development of the culture.

While there are many conflicting stories and debates that still occur regarding the origin of the Earth, science is generally the field we turn to for answers on how the world works and how certain realities came to be. The process of photosynthesis may now be a well-understood and generally accepted explanation for plant growth, but to Native Americans a growing flower was a gift from the land imbued with a spirit of its own.

American Indians of the past—and many still today—turn to nature to explain phenomena that cannot be fully understood. The world and its natural elements, to them, were controlled by spirits. Therefore, they began to worship animals, plants, wind, water, etc.

All Native American culture can determine for sure is that life is sacred, and it comes from the land, which implies that Mother Earth is also divine. This notion clearly colors every work of art they produce.

All elements of nature are endowed with higher meaning.

Features of nature are symbolic and multi-functional in the American Indian universe—making them valuable and pervasive in everything they practice and cultivate. Native Americans derive power and strength through totems and understand and communicate with the world through the symbols that forge their writings and artwork. If symbols are their words, then nature is the dictionary.

Trees, for example, represent more than just a source of life and healing; their spirit emanates permanence and longevity. Even different types have different purposes. The Cherry tree symbolizes rebirth and compassion and helps with digestion, while the Elm is integral to gaining wisdom and strength of will and can provide a salve for wounds.

The Animal Spirit is another form through which nature weaves itself indispensably through Native American beliefs and customs. Individuals often have a particular animal whose spirit they connect with—a guide that strongly shapes who they are and how they live. Similarly, groups often identify Spirit Animals that serve as Tribe Totems, animals that are most influential and prevalent in the area of each specific tribe and provide important resources and spiritual insights to navigate through life.

The Bat, for example, is the guardian of the night, signaling death and rebirth, while the Turtle guards Mother Earth and conveys tenacity. The Wolf serves as the Pathfinder, guiding with the spirit of leadership and intelligence.

To Native American culture, nature is the foundational anchor off of which all life and spirit is built. The emergence of this belief through art is what often sets Native American artists apart from their contemporaries and allows their pieces to more easily connect with a wider audience. Fully grasping just how integral nature is to their culture provides observers with a much deeper comprehension of and appreciation for the meaningful, one-of-a-kind works American Indian artists produce.

Head on over to the Faust Gallery to put your newfound perception into action! We proudly exhibit, house, and sell a variety of works from the most talented American Indian artists in the country—each piece an object of nature with a radiant spirit of its own.