The kachina doll has become a staple in every Native American art museum and connoisseur’s collection. Each one is created with delicate craftsmanship and unique embellishments that make it a one-of-a-kind work of art!

The true value and prestige of the kachina doll though, comes from its history and role in indigenous society. Kachina dolls are symbols of American Indian religion that evolved into collectible heirlooms of a complex cultural belief system. Uncover the fascinating history behind one of the most prized pieces of Native American art! 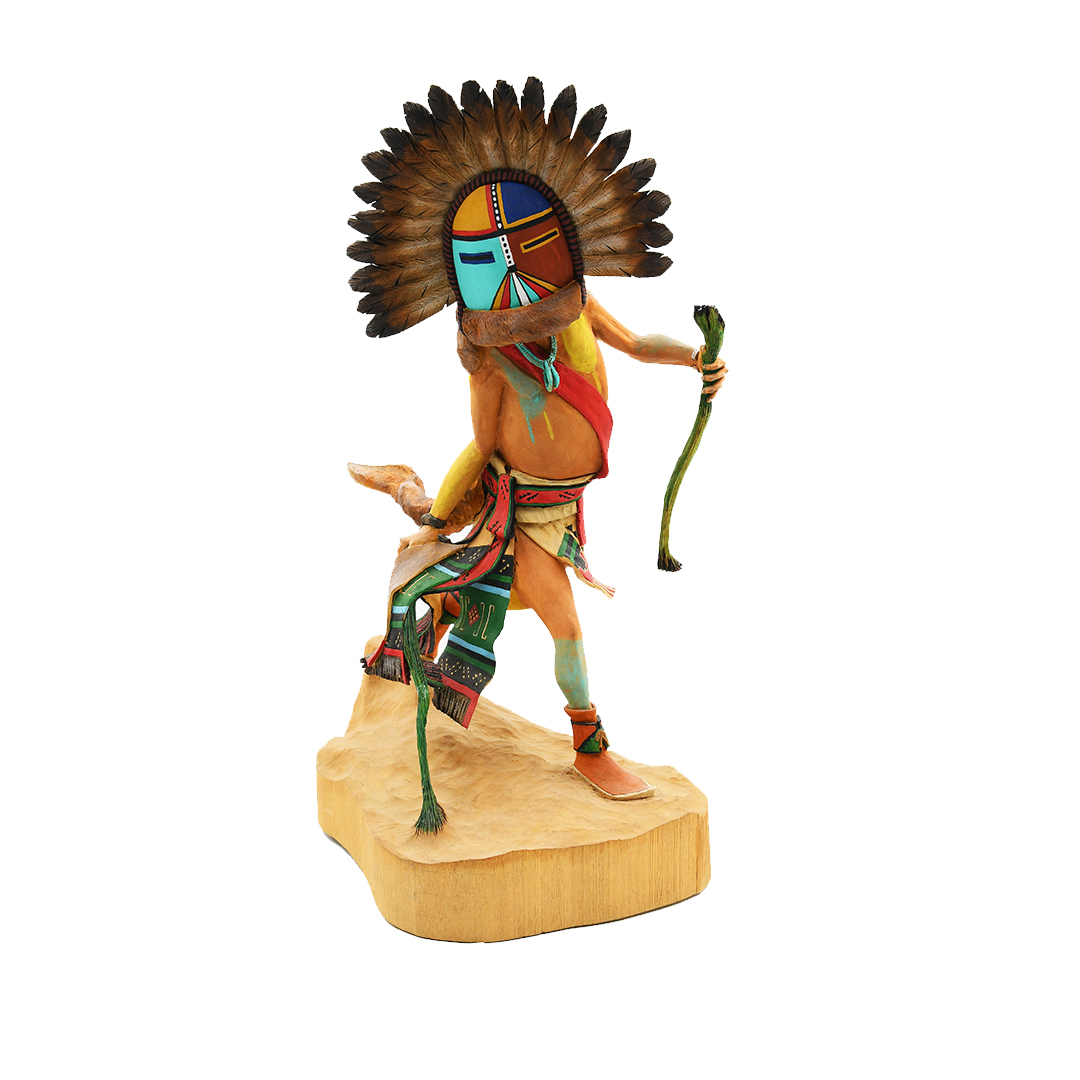 In Native American culture, a kachina is the spirit of a deity, natural element, animal, or ancestor.

The American Indian people believe that kachina spirits come to earth every year at the start of the winter solstice until mid-July. Their purpose is to bring messages from the gods and good fortune to the tribes they visit.

Kachinas are a representation of the sacred Native American belief that all things of the earth carry a life force. They provided a chance for indigenous peoples to interact with and learn from this all-encompassing spiritual essence.

The Hopi were the first indigenous peoples to create kachina dolls to teach children about their history and tradition. They were given to Hopi children during ceremonies, then hung on the wall and studied afterward.

Kachina dolls were made in the image of the spirits worshipped by the tribe. They were not toys to play with, but religious icons to celebrate and contemplate.

The kachina doll was adapted by other tribes, and then grew into a prestigious work of Native American art.

Today the kachina doll is considered one of the most valuable and collectible pieces of American Indian art. Artists began creating them specifically for the market in the late 19th to early 20th century. The kachina dolls you’ll find today are still made from wood, and embellished with carvings, beads, paint, and other decorations.

Admire the historical beauty of an authentic kachina doll at the Faust Gallery in Scottsdale or Santa Fe! Our dolls are one-of-a-kind works, handcrafted by distinguished Native American artists. Pay us a visit or view our artwork online to find a piece that speaks to you!