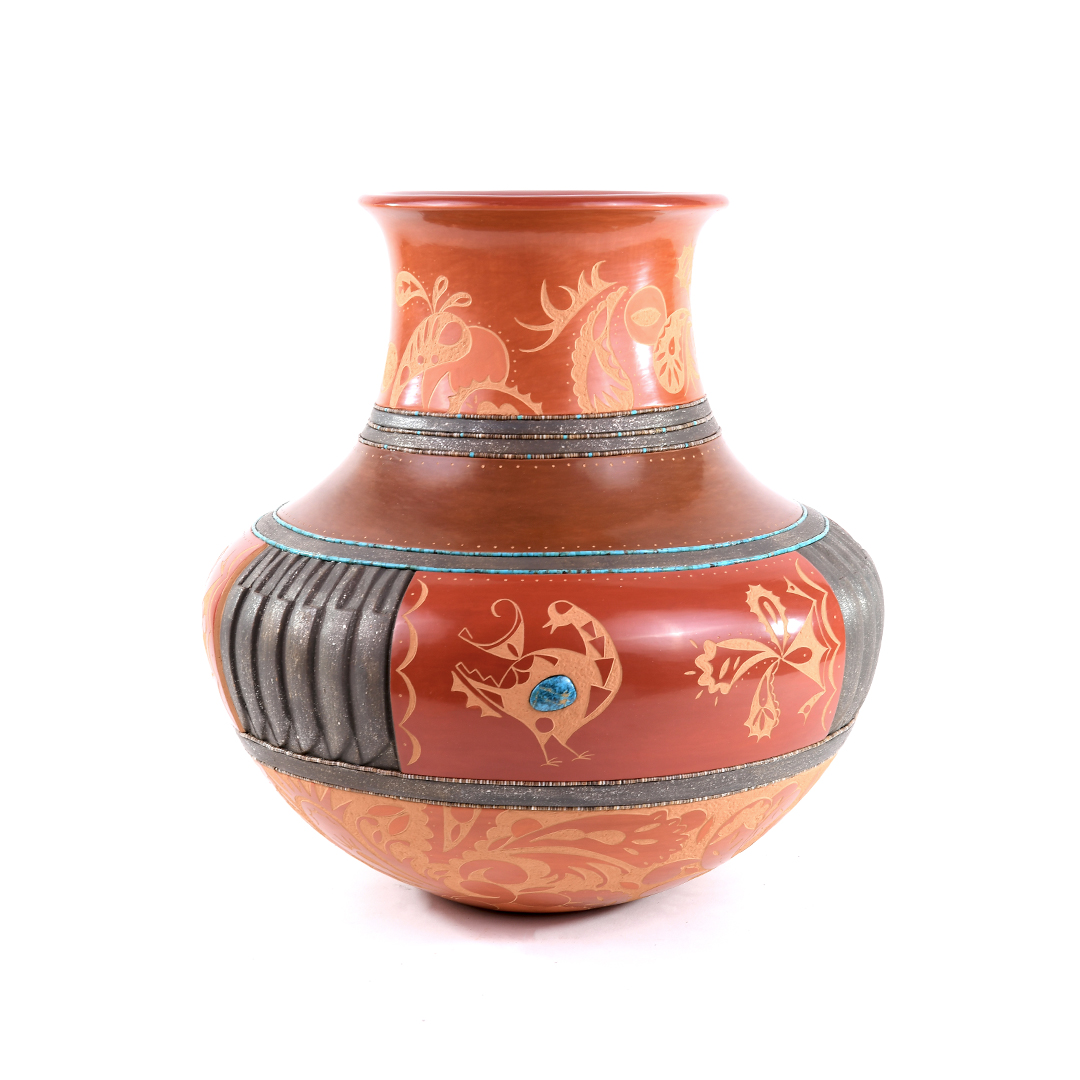 Most of us already know that, like many early forms of Native American art, pottery first developed out of necessity in Native American society. Over time, it has evolved from just a means of storage into a distinguished representation of cultural artistry.

Native American pottery can be found all over the world today. You can get mass-produced vases, bowls, etc. for decoration, or discover authentic Native American pottery created by renowned artists. As you search for the perfect piece for your collection, check out these interesting facts you may not have known about this one-of-a-kind style of art!

In an attempt to make them more durable, members of early tribes would line woven baskets with layers of mud. When they placed the hot coals inside for cooking, the mud hardened into clay.

Native Americans quickly realized that the clay was even sturdier than the baskets, and better at holding food and supplies. Many ancient pots have actually been found with indentations indicating they had hardened around one of these baskets.

2) The most common early pottery-making technique was coiling.

To build a piece, early American Indians would roll out long, thin pieces of clay—collected along rivers and hillsides, mined, and purified—form them into circles, and stack them on top of one another. Once fully built, the potters would smooth out the coils by hand and then scrape the clay to remove any signs of them.

3) Only tribes in permanent settlements relied heavily on pottery.

Pottery was too heavy and breakable to be efficient for nomadic Native American life. As a result, most of the tribes who made and used it were those who had settled in permanent villages. Pottery was also found mostly in tribes who relied on farming rather than hunting, since they had more goods to store.

If you’re a collector or enthusiast looking for a remarkable piece of Native American pottery, come on down to Faust Gallery or check out our pottery selection online! We have a wide range of pottery and other incredible art on display and available for sale from some of the most respected artists in the industry.

Pay us a visit and experience firsthand what makes Faust Gallery one of the leading art galleries in the country!